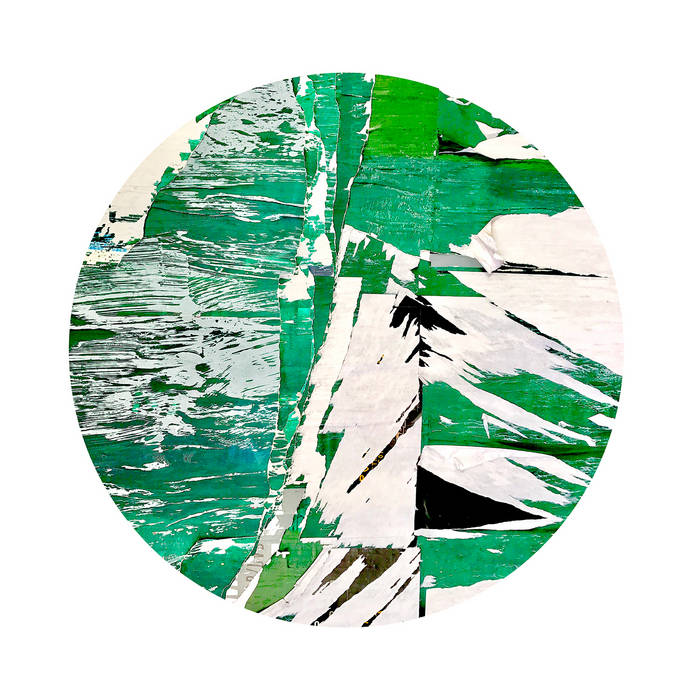 NNA invites you to step inside The Ah, a unique sound world concocted in the mind of New York City-based musician Jeremy Gustin. Known best for his talents on the drum set, Gustin has recorded and toured the world with the likes of Delicate Steve, David Byrne, Rubblebucket, Marc Ribot, his band Star Rover, and many more. On ‘Common Bliss,’ Gustin shares his personal music with the world for the first time, opening the door to The Ah for all to enter. Though instead of considering this music a “solo project,” Gustin instead views The Ah as a collaboration with his own imagination and the world around him. This mentality makes way for an openness and liberation, letting the sounds come to him through dedicated experimentation instead of seeking them out.

‘Common Bliss’ is a largely electronic record, utilizing sampling techniques, synthesizers, and drum programming to create a cohesive signature sound with enough personality to exist in a league of its own. Though it fits into no preconceived mold, The Ah tastefully borrows subtle stylistic idiosyncrasies from a multitude of genres such as pop, dub, hip-hop, idm, and even world music, further contributing to its originality. Given Gustin’s background as a committed musician, these songs are fully developed structurally, indicating a songwriter’s approach to creating left field electronic music. Melody plays a central role here, traversing a variety of moods throughout the album like a cinematic safari through a colorful topography. Ironically enough, there is no drum set present on this record, though Gustin’s talents for rhythm are applied to thoughtful electronic programming, revealing inventive patterns and textures that venture toward more complex rhythmic structures than your average 4/4 looping.

What makes the music of The Ah truly stand out is it’s use of field recordings and organic found sounds to literally breathe life into the music. Frogs, sheep, dolphins, guinea pigs, and baby rhinos are just a few of the creatures that accompany these tracks. Humor and unpredictability are put to good use - the cartoonish, evocative samples ping pong their way throughout the tracks, giving the album a candy-coated quality, steeped in colorful psychedelia. The incredibly lyrical melodies make it easy to imagine vocals, and though occasional textural vocals are present, Gustin instead opts for abstraction through sampling. This pushes narrative and context to the back seat in order to make way for pure sound and imagination, but also for more complex emotions and ambiguity. This emphasis on playfulness gives some insight into the mind of it’s creator: Gustin goes beyond the motions of merely “making a record” and instead has crafted a whole world of his own to innocently explore, a by-product of creative practice and the process of making music without expectation. The Ah is a prime example of a highly personalized music that is a pure and direct extension of it’s creator.

Bandcamp Daily  your guide to the world of Bandcamp

Guest hosted by Tamar Osbourn aka Collocutor and Toshio Matsuura.